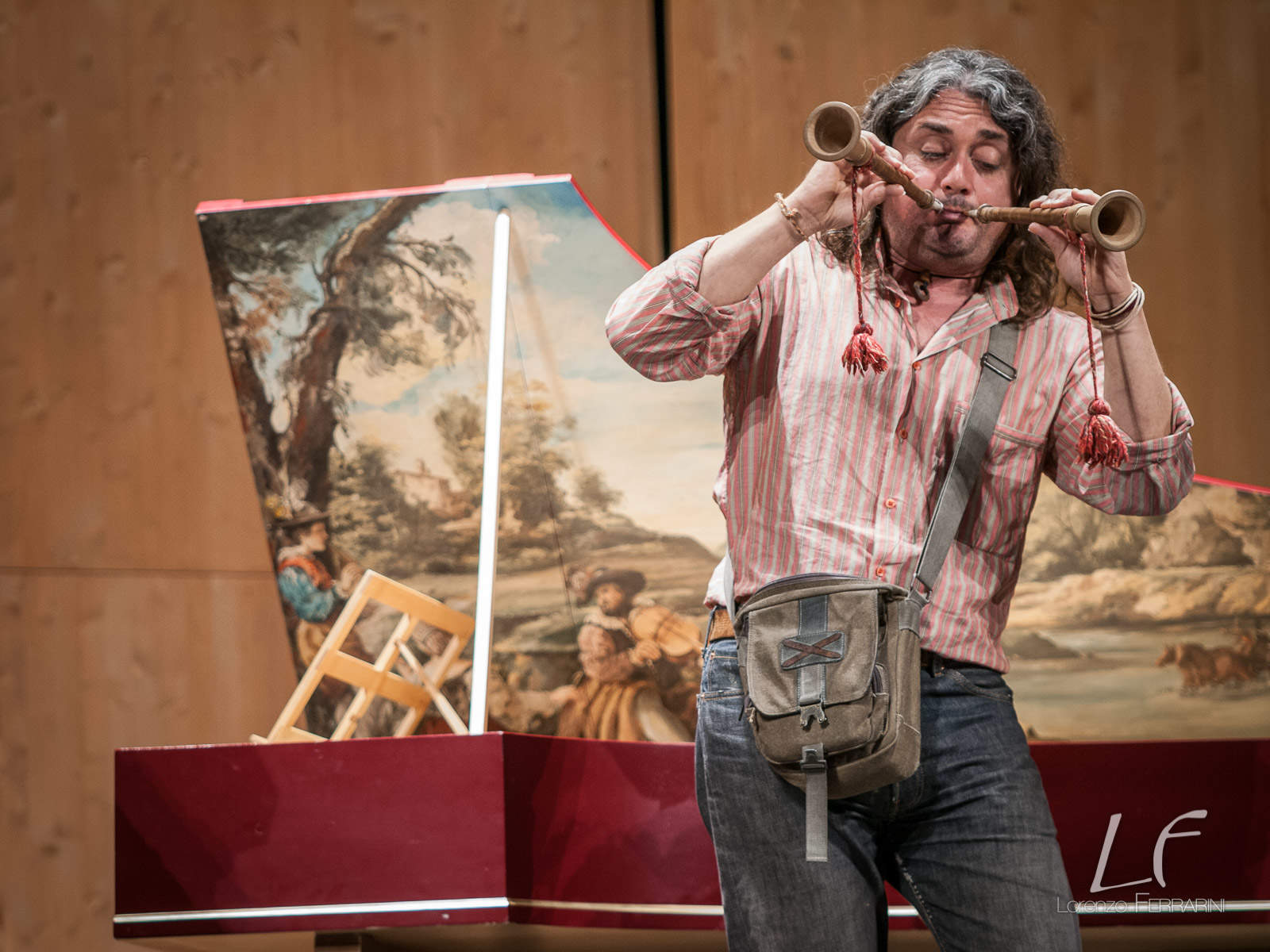 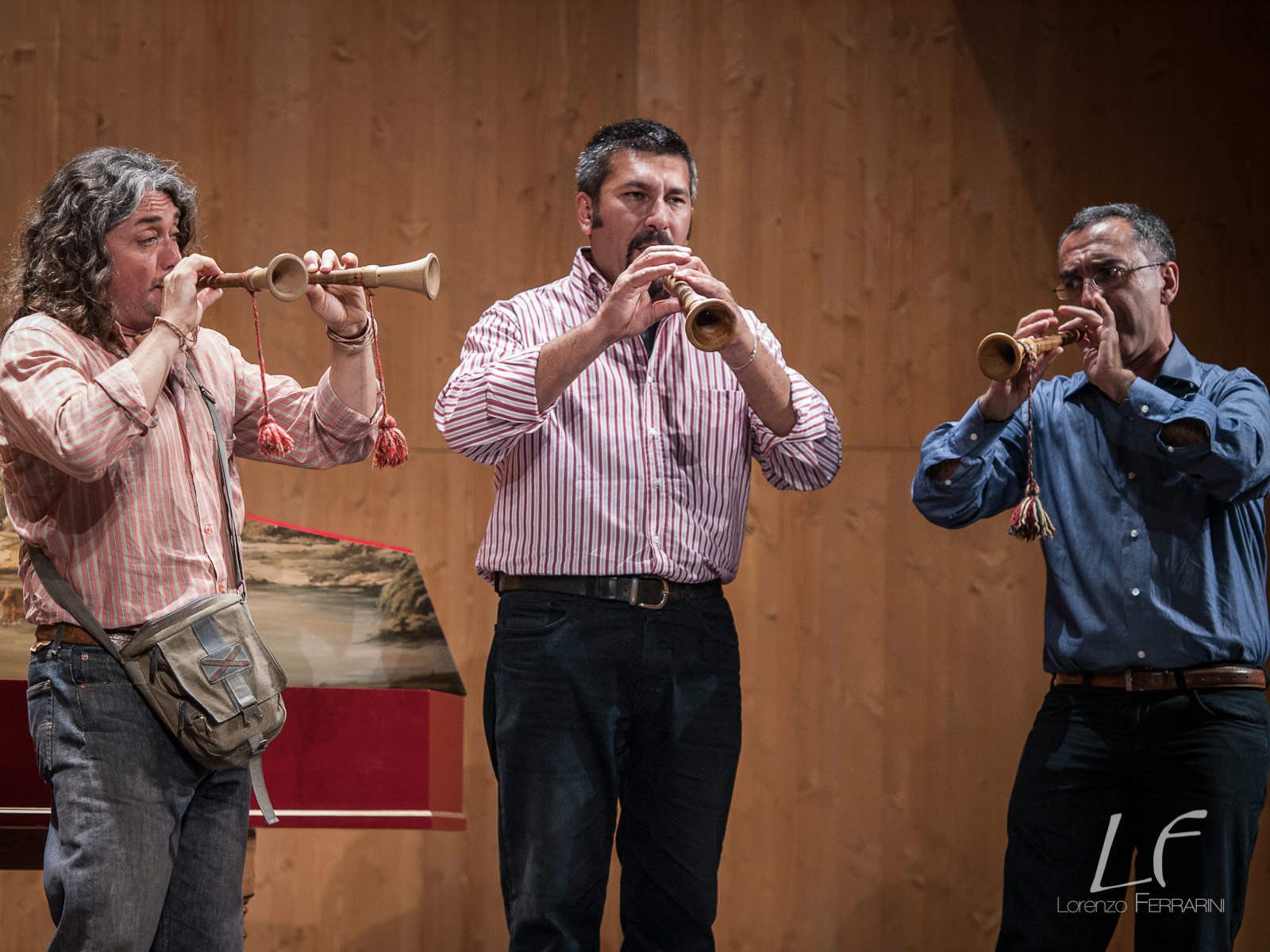 The festival of Portogruaro, directed by Enrico Bronzi, within its rich program, offers some event, organized by Nicola Scaldaferri, aimed to explore the points of contact between different musical traditions, especially between the Western Classical music and the folk tradition.

The 2010 edition of the festival was devoted to the Double; a concert dedicated to the double reed instruments was presented, with music from the Classical tradition, and folk music from Southern Italy.

Introduced by a lecture about the double reeds in the Mediterranean area, during the  concert were performed two sonatas by Jan Dismas Zelenka (1679-1745) for two oboes, bassoon and continuo. To introduce and make a frame to the two sonatas, there was a ‘team’ of folk double-reed instruments: zampogne a chiave (bagpipes) of different sizes, ciaramella (shawm), cucchia (doble shawm) and ciaramella a contravvoce (big shwam)

I is a very rare formation of double reeds instruments from  Cilento area and Western Basilicata, used during some important pilgrimages to local sanctuaries of the Madonna.

The folk reed ensemble performed processional music on the streets of Portogruaro,  leading the spectators towards the theater, with a stop at the church where religious songs were performed.

On stage, they framed the two masterpieces of Zelenka with the performance of traditional music from Campania and Lucania: dances, songs with bagpipes; finally they mixed with the classical Wester reeds in a final tarantella, before accompanying the audience out of the theater, towards refreshments with typical products of Lucania.

Program of the concert