Iconsonic Journey to the Discovery of a Millenary Culture

Premiered in Milan, September 21st 2010, Teatro Nuovo Production: MITO, Magà Global Arts around the World, with the partecipation of Fastweb  in partnership with LEAV – University of Milan
Audiovisual recordings by Nicola Scaldaferri

The iconsonic opera Samaritans, by the composer Yuval Avital, aims to create a bridge between the musical and  ritual tradition of one of the most ancient populations of the Mediterranean, and the creativity of the contemporary world. Its realization represents an opportunity both for a collaboration between Magaglobalarts organization and LEAV, and for a dialogue between the creative dimension and the ethnomusicological research. 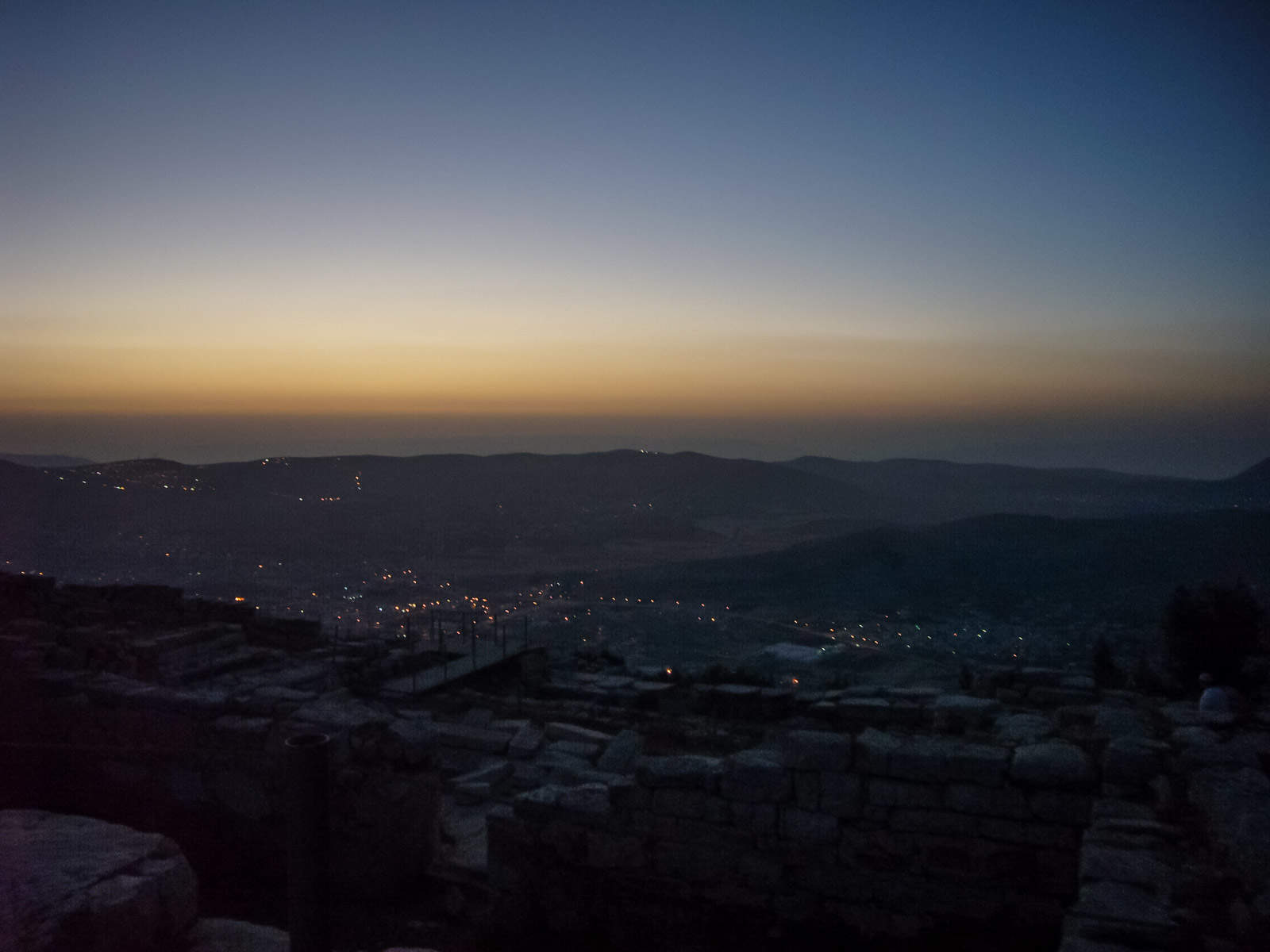 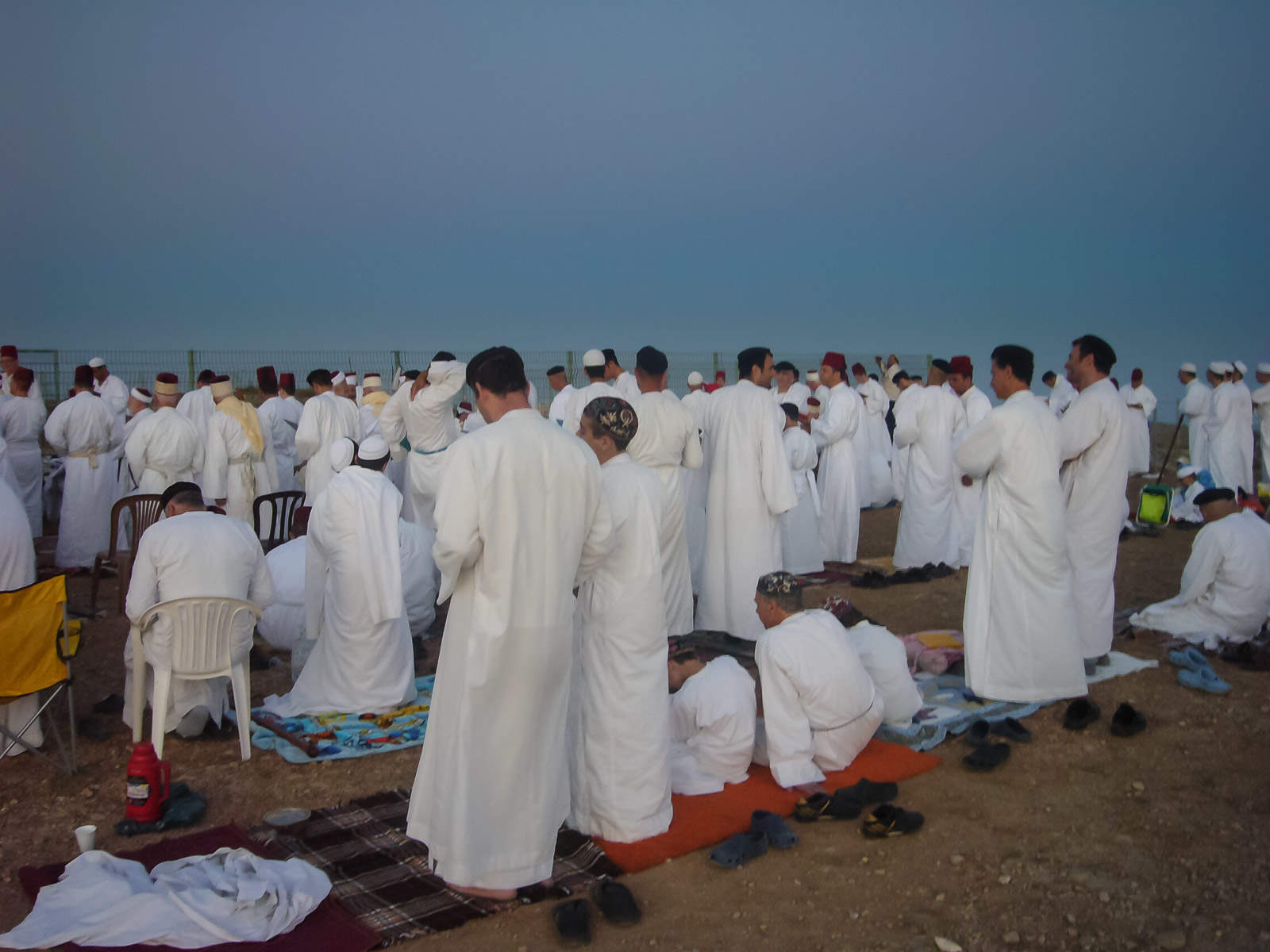 The Samaritans are rooted in the Western imaginary thanks to their presence in the New Testament: the parable of the Good Samaritan (Luke 10: 25-37) became the quintessential example of altruism; the encounter of Christ with the Samaritan woman (John 4,5-42) at Jacob’s well, today incorporated in the city of Nablus; the figure of Simon Magus (Acts 8, 9-25) to be later found in Dante’s circle of fraudulent (Inferno, XIX, 1-6), from which is derived the word simony (referring to the buying and selling of spiritual goods).

Actually, the Samaritans are an ethnic-religious community of ancient historical roots, whose events have developed in parallel and independent way from the Judeo-Jewish tradition. The Samaritans’ religion, based on the sacred text of the Torah – dating back over 3000 years ago – is considered by them the most ancient form of worship found in Israel. The spiritual leader is the high priest, the oldest living member of the Levi family, a descendant of Aaron, brother of Moses. The Samaritan version of the Pentateuch, written in an alphabet other than Hebrew, has many variations from the version prevalent among Jews. In the past, the Samaritans used to form a large community; today their number is decreased to a few hundred people, as a result of the many historical events which over the centuries have violently hit the Holy Land. According to the  2007 census, the Samaritans are little more than 700 people, divided between the city of Holon, Israel, and the town of Kiryat Luza on the sacred Mount Gerizim, near the city of Nablus, in the West Banks; here an ancient copy of the Pentateuch is  preserved. 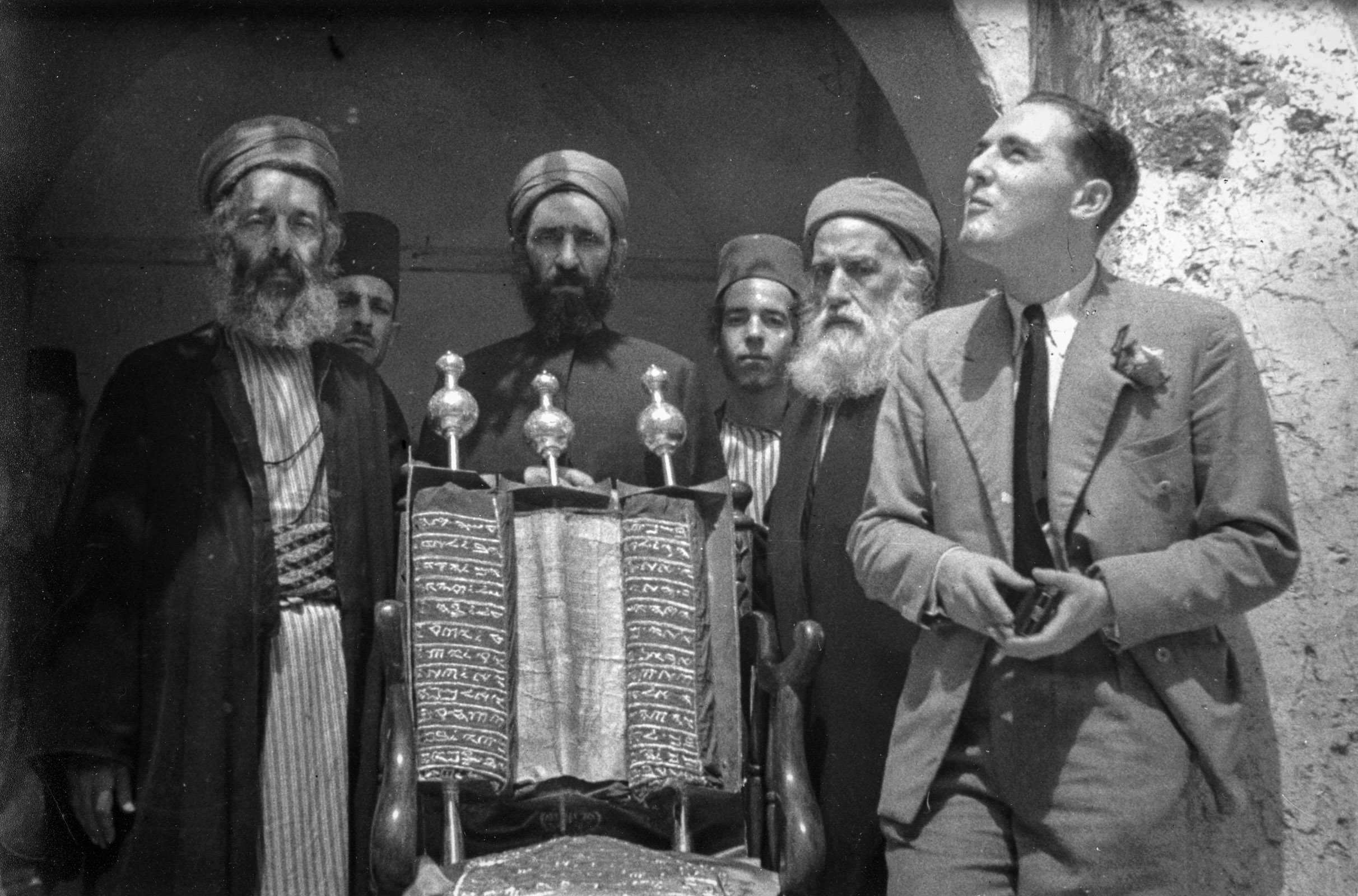 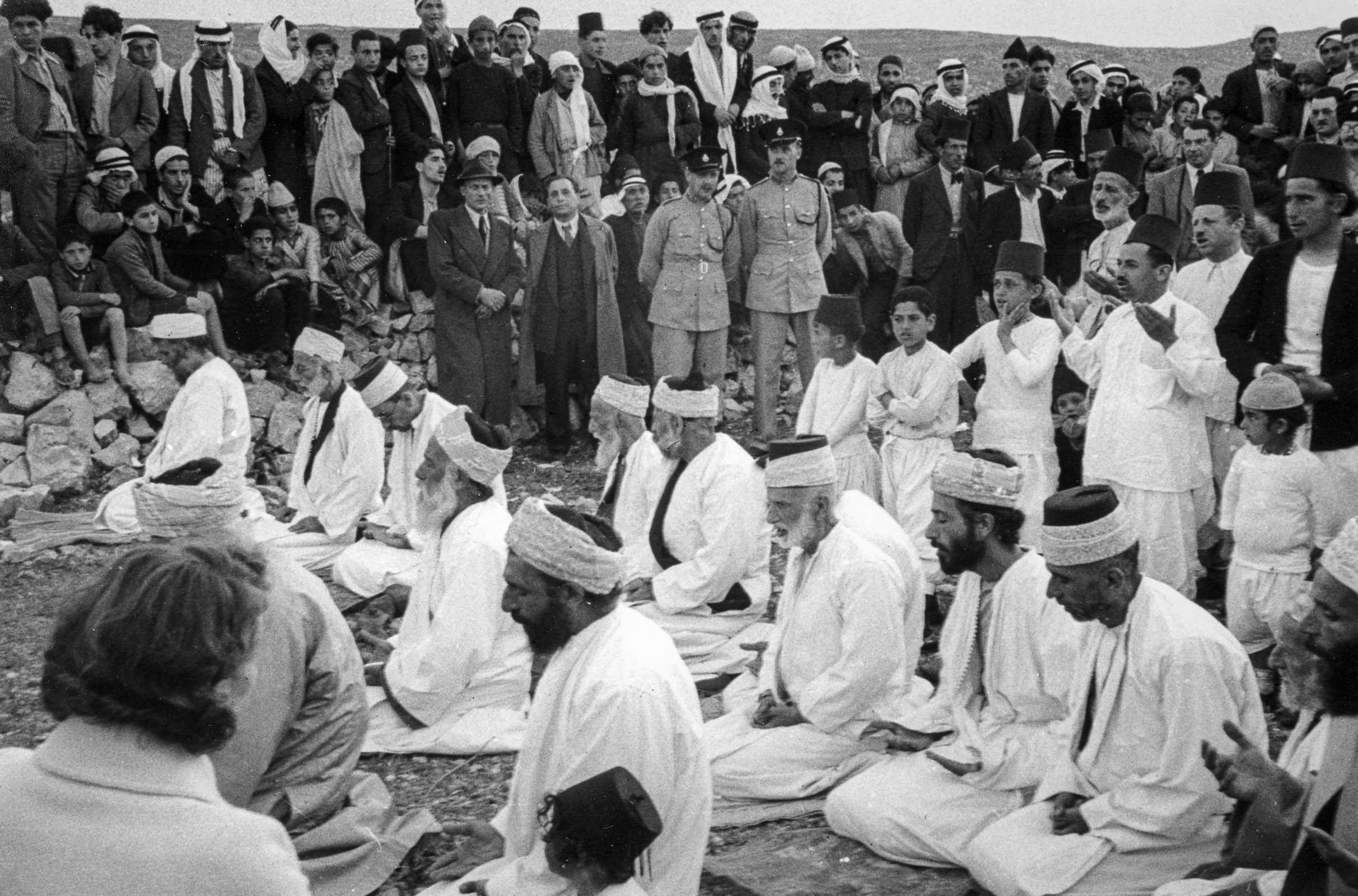 The musical practice is an important element of the Samaritans identity. It is a strictly vocal music, which is dominated by male voices; it is closely linked to the moments of religious worship and finds  its core especially in the chant and  vocal ornamentation of the sacred text; this fact, on one hand, is connected to the practice of other religions based on sacredness of the Word (starting right from the Abrahamic religions); on the other hand, it presents traits of absolute uniqueness , in the very realization of the performance. Research made in the last decades (to be mentioned in particular those of Avigdor Herzog preserved at the National Sound Archives in Jerusalem), with the help of recording techniques, show very original traits in the techniques of ornamentation, in polyphonic procedures, as well as in the formal structure of the chant. Though the Samaritans have lived for centuries in an area of great upheavals, in contact with different cultures and under the influence of numerous foreign domination, their musical practice has no similarities with the current  religious repertoires of the Mediterranean, and probably can be traced back to the oldest Jewish tradition. Among the most important ritual moments there is certainly the Pesach, with the sacrifice of  the sheep. Among the musical ones there is Yom Mikrata: it is the entire chant of the Pentateuch, by the men in the synagogue, in a polychoral performance that lasts continuously over 17 hours, during the days before Shavuot. 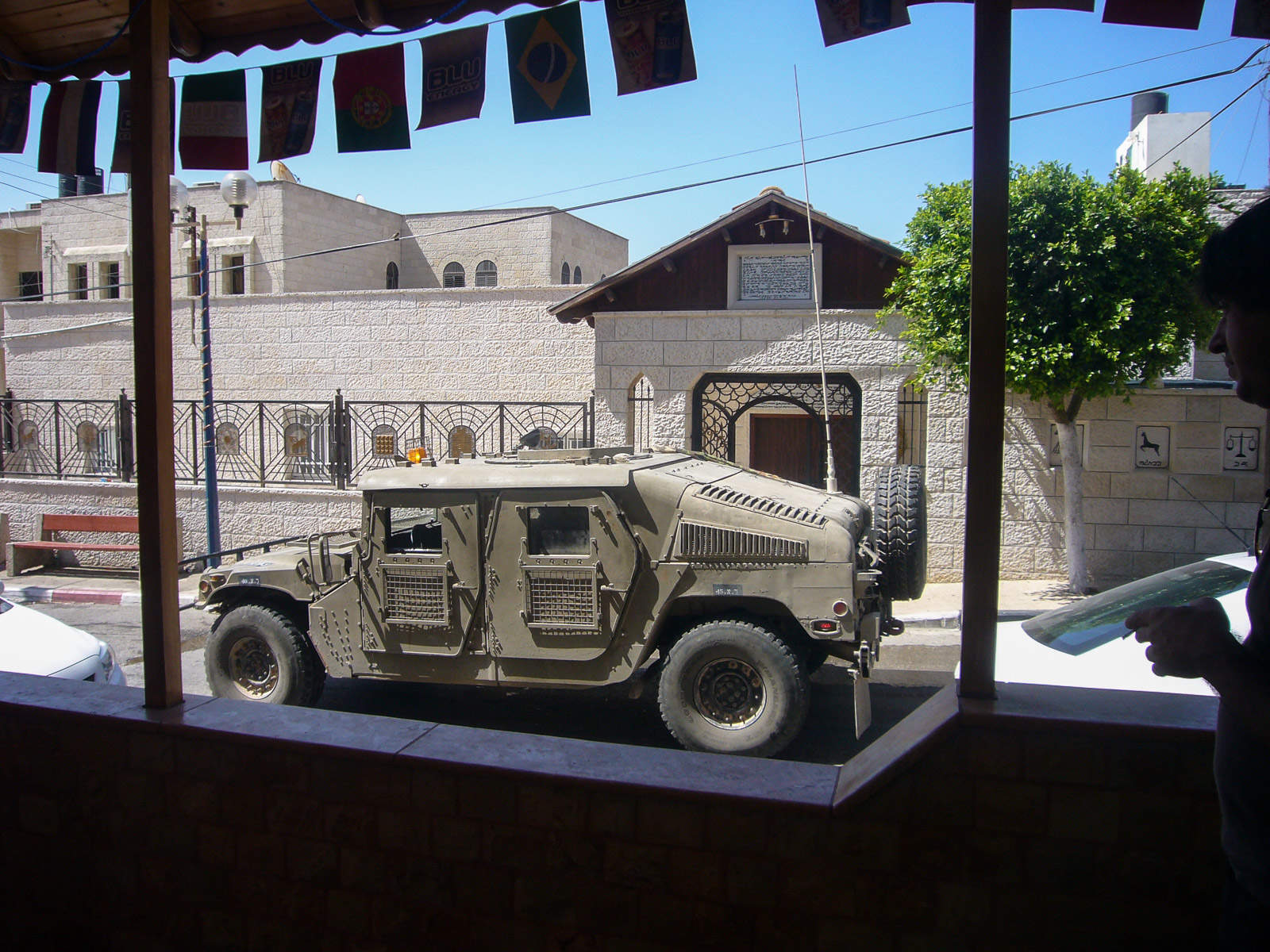 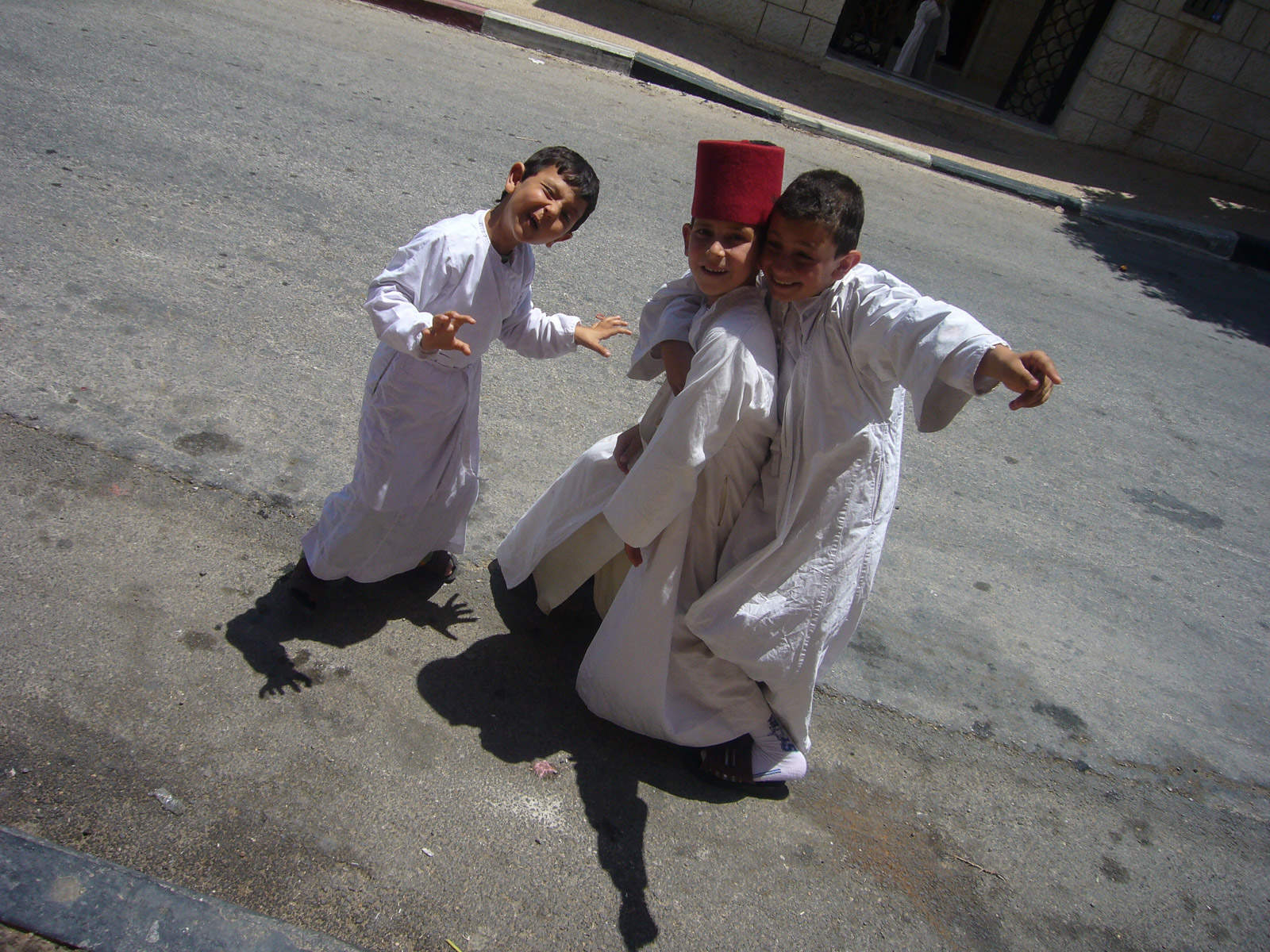 Yuval Avital, continuing his personal creative path  targeted  to the representation of archetypes and universal structures through the reinterpretation of languages of ancient traditions, stages in this work a vocal group of Samaritans, an instrumental ensemble together with live electronics and multimedia techniques, narrating the collective past, the individual present and the sacred reality of a unique culture in the world. With the multimedia composition of  Samaritans, the composer intends to create a bridge between the musical and ritual tradition of the ancient living people of the Mediterranean and the creativity of the contemporary world; it focuses not only on the past, but also on  the present, on the hopes and fears,  on the imaginary and on the everyday reality of the Samaritan people. Samaritans work aims to be a multiple path that winds through a set of audio and visual languages taking account of the contemporary global era; it aims to bring together the most advanced forms of avant-garde (both on a strictly creative level and the choices of multimedia installation) with the representation of cultural forms and local music, in an almost surreal tension between the opposite poles of antiquity and present, vocal and instrumental, tradition and experimentation.

The Pentateuch in the Samaritan version 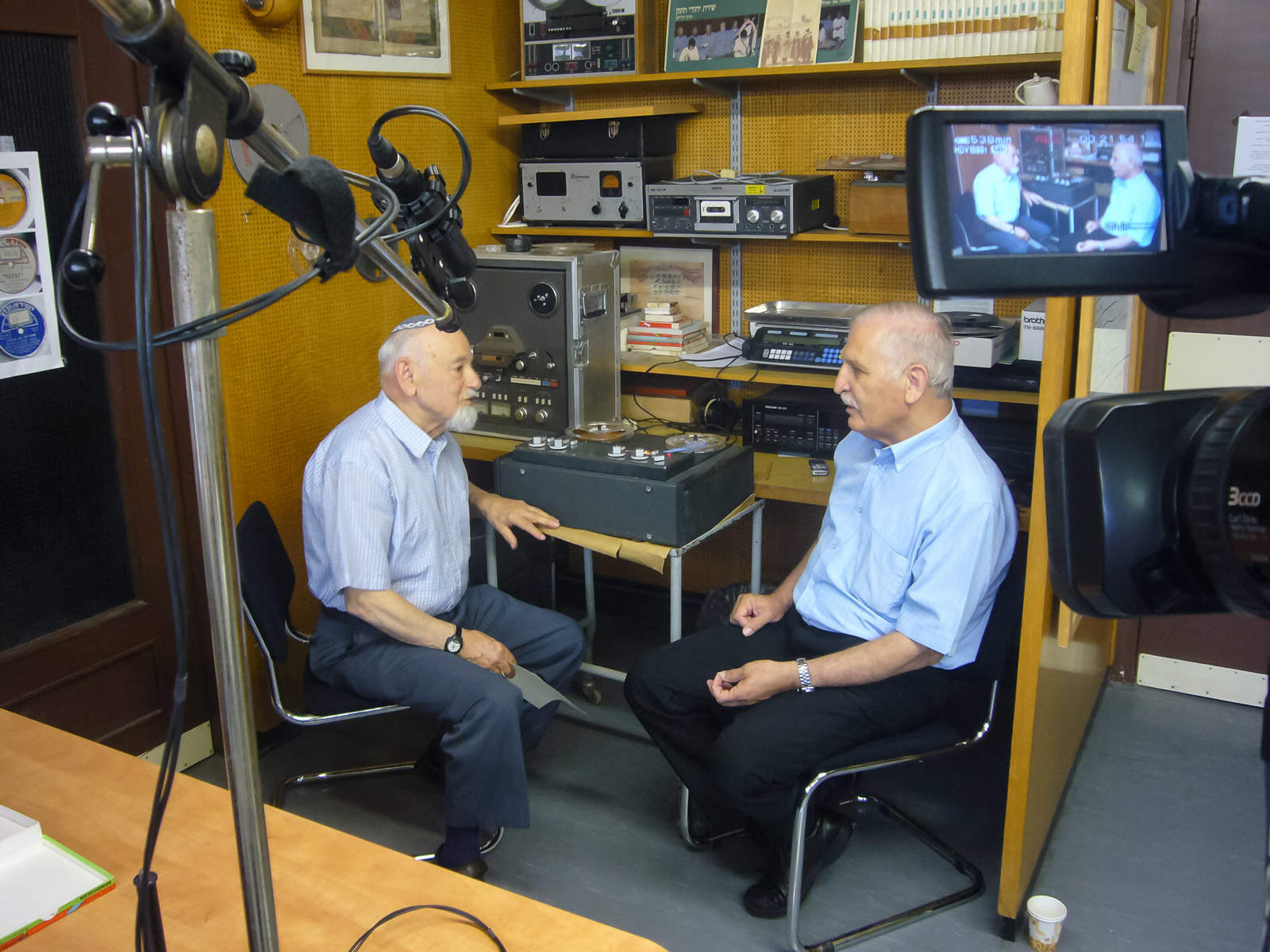 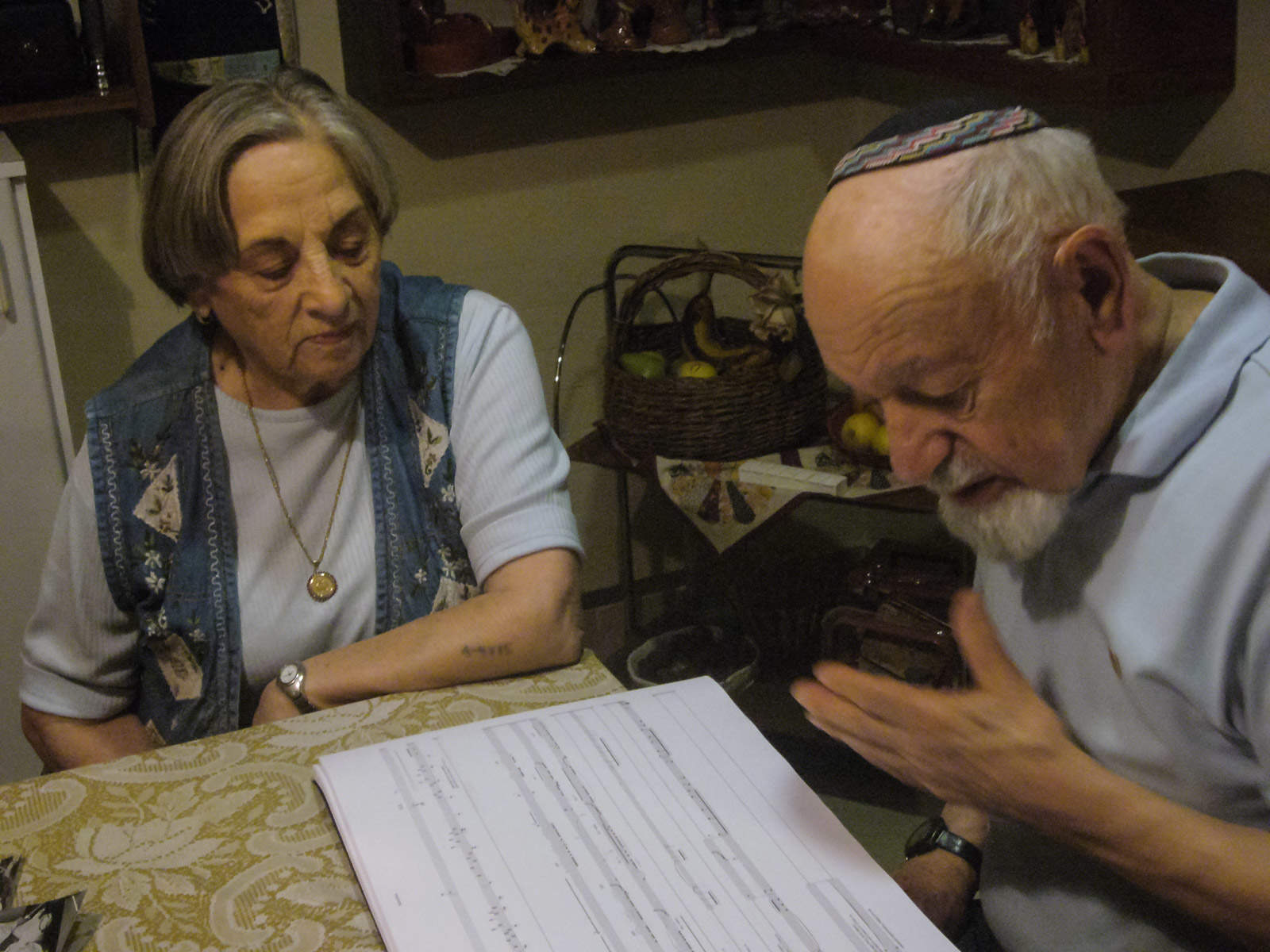 A significant step towards the realization of the opera Samaritans, was represented by the field research conducted in June 2010. The primary target was to follow a exploratory path aimed to the staging of the opera, particularly to the multimedia component, and to the experimentation of new creative solutions with the cantors; at the same time, it has also led to results of scholarly interest, in a continuous dialogue between the artistic dimension and the ethnomusicological research.

In addition to the retrieval of documentary material on the Samaritans and their musical traditions (photos, recordings), the stay on Mount Gerizim, the documentation of the Yom Mikrata and the pilgrimage of Shavuot to the sacred mountain, were of the highest importance; this is the area where, according to their tradition, the Ark of the Covenant and the altar of the sacrifice of Isaac were placed.

Fundamental were the meetings and interviews with the protagonists of the contemporary scene of the Samaritans, identified as protagonists of the work, and who will be attending the performance in presence or virtually, thanks to the audiovisual staging: the high priest Aharon Ben-Av Hasda (passed away in 2013); the vicar and extraordinary singer Natanel Ben-Abraham He Cohen;  the scholar Avigdor Herzog, pioneer of the studies about Samaritan music; Benny Tsedaka, scholar and tireless divulgator of Samaritan culture and his brother Yefet; both sons of Ratzon Tsedaka, a key figure in the enhancement of the Samaritan tradition in last decades. Other singers have joined them and take part in the performance in Milan on September 21st, whose interviews, of considerable importance in terms of documentation, also allowed the composer to bring into focus significant creative details.

The Epic Song in the Balkans